How Long Will a DUI Stay on My Criminal Record in Kentucky?

In order to determine if you are eligible to expunge a driving under the influence conviction in Kentucky we have to look at two different statutes: KRS 431.078 (the misdemeanor expungement law) and KRS 189A.010 (the DUI Statute).

In July 2016, the Kentucky Legislature updated both KRS 189A.010 and KRS 431.078.  Prior to the update, the DUI statute allowed someone to expunge their misdemeanor DUI after 5 years if they met the requirements under the misdemeanor expungement law.  The misdemeanor expungement law required that a person not have a felony, misdemeanor, or violation conviction either 5 years before the DUI conviction or 5 years after the conviction. Ideally, someone wanting to expunge a DUI under this version of the law would be able to so long as their record was clear 5 years before and after the DUI conviction.

After the laws were updated in 2016, a persons eligibility to expunge a DUI changed in two significant ways. First, a person can now have a felony, misdemeanor, or violation conviction both 5 years prior to and 5 years after their DUI conviction. They just can’t have a felony or misdemeanor conviction 5 years prior to filing for an expungement.  Second, a person can only expunge a DUI once it is no longer enhanceable, and under the new law DUIs are enhanceable for 10 years. Enhanceable offenses are ones that carry harsher punishments for each additional conviction received within a certain period of time.  For example, if you are convicted of a 1st Offense DUI and get another DUI within 10 years, your new DUI is a 2nd Offense DUI and your punishment is greater. So under the new laws, a person can expunge their DUI after 10 years so long as they have no felony or misdemeanor conviction 5 years prior to filing for the expungement and don’t have a pending case.

If your DUI conviction is over 10 years old and you meet the requirements under KRS 431.078 you are likely able to expunge your DUI.  If your DUI is less than 5 years old there is little chance you can expunge it.  But for people with DUIs between 5 and 10 years old, the question of whether it’s expungeable is less clear.

We believe that if your DUI conviction is between 5 and 10 years old there is a constitutional argument that you should be allowed to expunge it if you meet the requirements under KRS 431.078.  If you pled guilty to a DUI between 2007 and 2015, it was probably because the offer the prosector made seemed better than the stress, time, and cost of going to trial and potentially getting a harsher punishment.  And it’s likely that part of the prosecutor’s offer was that you would be able to expunge your DUI after 5 years if you maintained a clear record and completed all of the plea offer requirements, like the law allowed. So, in exchange for giving up your constitutional rights, like the right to a trial, the right to call witnesses, the right to appeal and so on, you agreed to plead guilty with the knowledge that after 5 years you could get that charge off your record.  But then the law changed and DUIs only became expungeable after 10 years. This means after you did everything the prosecutor told you to do and you gave up your constitutional rights, the government decided to change the agreement and doesn’t want to uphold their end of the bargain.

If you are facing a DUI charge, or have an old one holding you back, give us a call at Driven Law Group. We’d love to help you put your past in the rearview mirror. 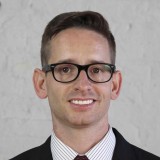 Bradley “Brad” Clark is an attorney and software developer from Lexington, KY. As an attorney, Brad served Lexington for five years as a public defender, handling the full-range of cases, from misdemeanors and DUIs to high-profile murders. In 2015, he was selected by the state-wide public defender office to be one of ten full-time capital defenders, handling death-penalty cases for the eastern half of the state. As a capital defender, Brad had the opportunity to train under some of the great defense attorneys, including Barry Scheck, one of the founders of the Innocence Project. Brad is a graduate of the National Forensics College sponsored by the Innocence Project and the National Association of Criminal Defense Lawyers, as well as the Death Penalty Program at Gerry Spence‘s prestigious Trial Lawyer’s College in Wyoming. He graduated with honors from the University of Kentucky of College of Law, where he served as the President of Moot Court in his third year. In his spare time, Brad enjoys cooking, music, and spending time with his family.

Learn from experienced KY DUI and Traffic Lawyers the secrets to defend your case.

Serving all of Central Kentucky

Call or use the app anytime!

Check out our Blog!